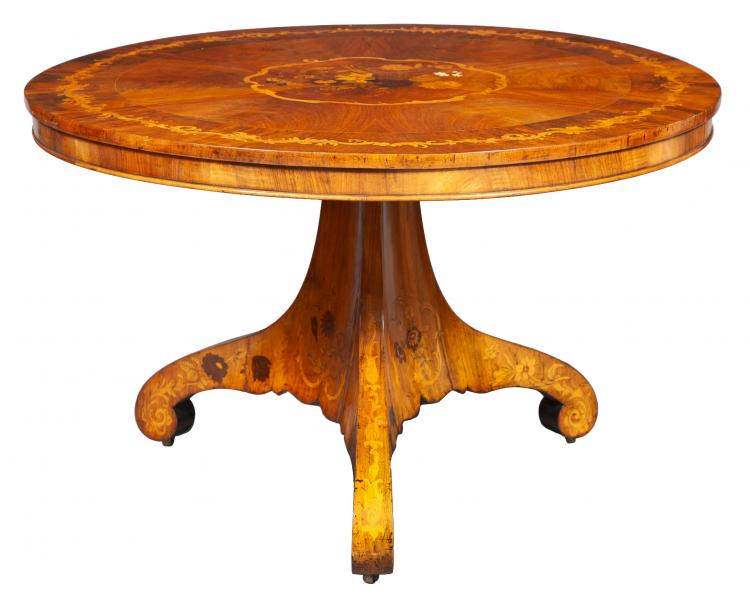 This is an important and sophisticated example of the finest Classical style in the late 2nd quarter of the 19th Century.  This is where marquetry is now being introduced in a European baroque fashion.  In America, the last period wherein contrasting inalys were applied was during the early 19th century by artistens such as Thomas Seymour in Boston, with the use of grand eagle inlays and paterae bordered by stringed inlay along edges (see inlay work on our Federal tambour desk here).

This table employs the later scrolled legs common during this period, but what the designer does with these legs is to create a curved integration with its column in a sophisticated curvy svelte style that almost looks French.  Note the rise in the legs, to meet the column.  Also notice the slim width of the apron (see detail below) and the inward concave sculpting of the legs.

The top is centered by a reserve of lilies, tulips, roses, daffodils, morning glory, etc., and butterflies within a crossbanded border inlaid with scrolling foliage and flowerheads, tilting above a flaring tripartite base similarly inlaid with flowers and foliage, the scrolled feet on casters.

This table has a very light countenance with the glow of its fine Walnut, which has aged through the years, revealing a mellow patina. With its lightness of form, color, and styling, it is destined for a fine and stylish home. Height: 29 in.  Diameter: 46 in. 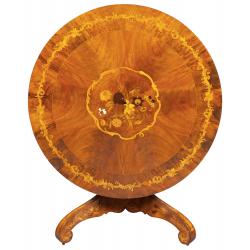 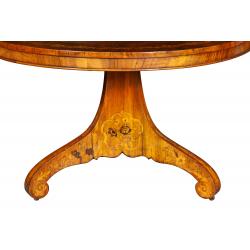 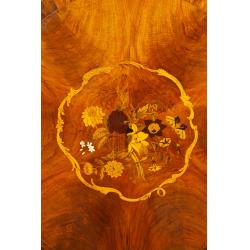 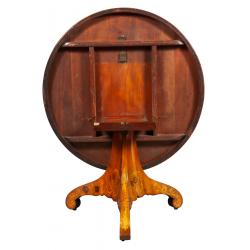