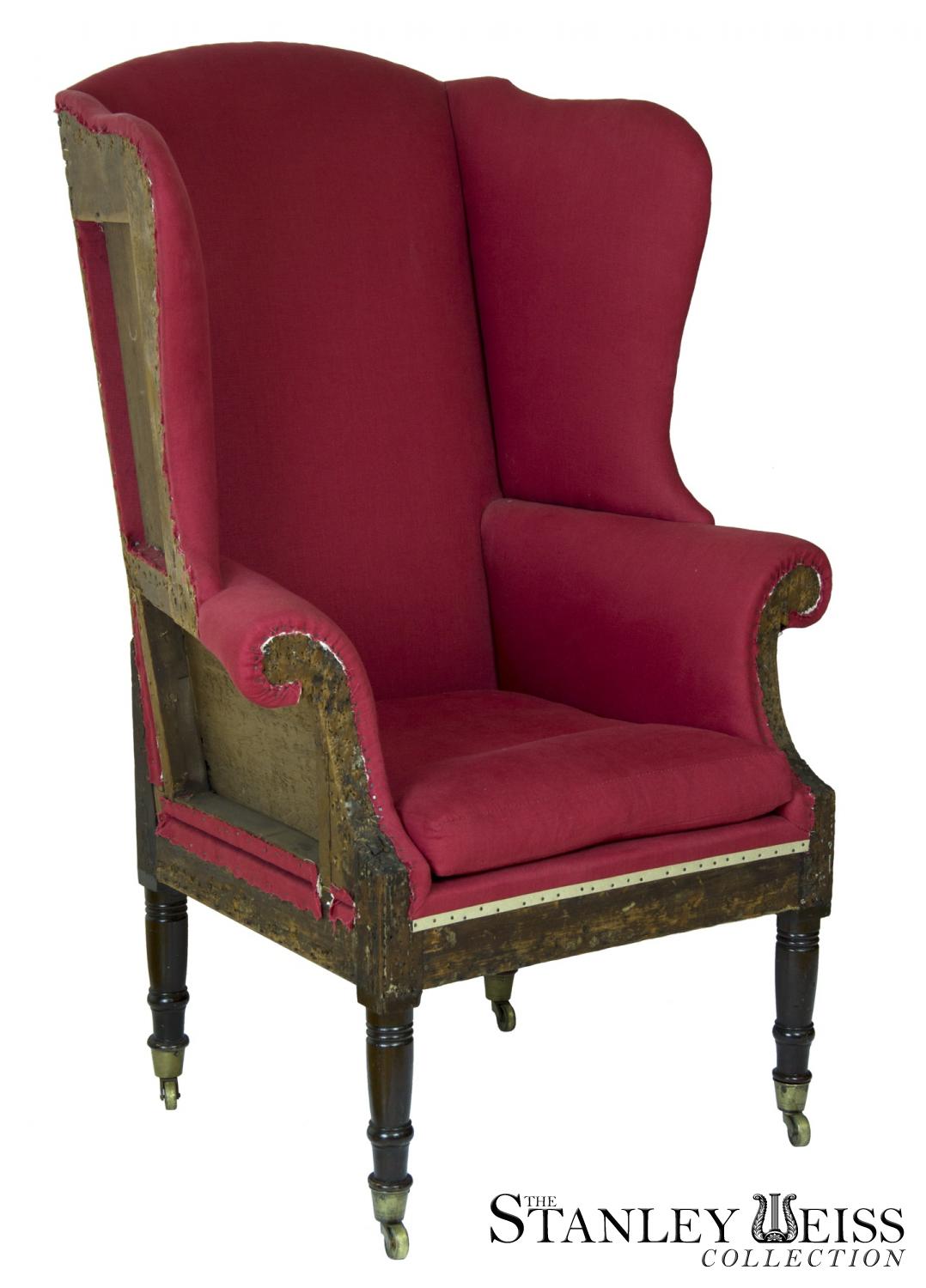 This wing chair is a little gem, as pure as they get, and we show it with the essential upholstery revealing the condition of the structure.  It has museum numbers (possibly Mt. Vernon) and probably used for exhibition.

It retains a most successful wing modeling down to the development of its rolled arms.  This small chair was built to last; the scale of the scribing of the rear legs into the frame speaks for itself.

The Sheraton aspect of this chair relates to the turned legs, which (note on the close-ups) are well turned, and retains their original large brass casters.  It seems, later in the first quarter of the 19th century, casters were much en vogue, and this chair was meant to move about with the most efficient space, which also defines its diminutive aspect.

This feature of mobility is compared to another Federal upholstered "barrel back" chair with earlier Hepplewhite feet and only small casters on the rear legs, which not only get in the way, but are often prone to break.  Note the similarity of the barrel back arms and how the barrel back form reinterprets a more traditional Chippendale wingback.  You might say the barrel back is Hepplewhite because of the square tapered legs, but they're both examples of small scale furniture of the Federal period.

These early federal chairs are quite rare compared to the overblown renditions of the form.  For example, see the black and white image below for a larger scale example attributed to Phyfe. 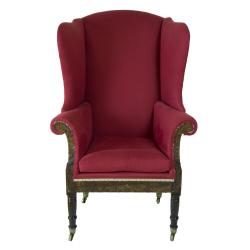 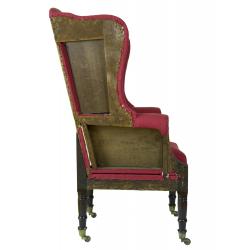 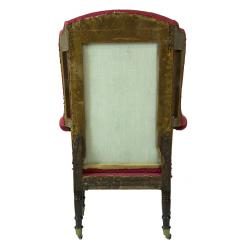 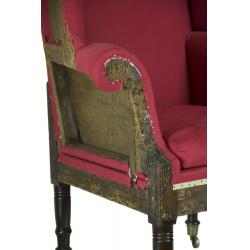 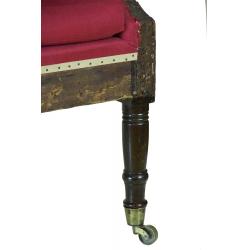 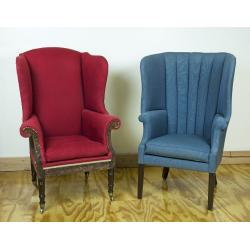 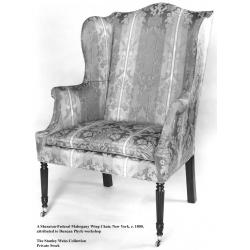