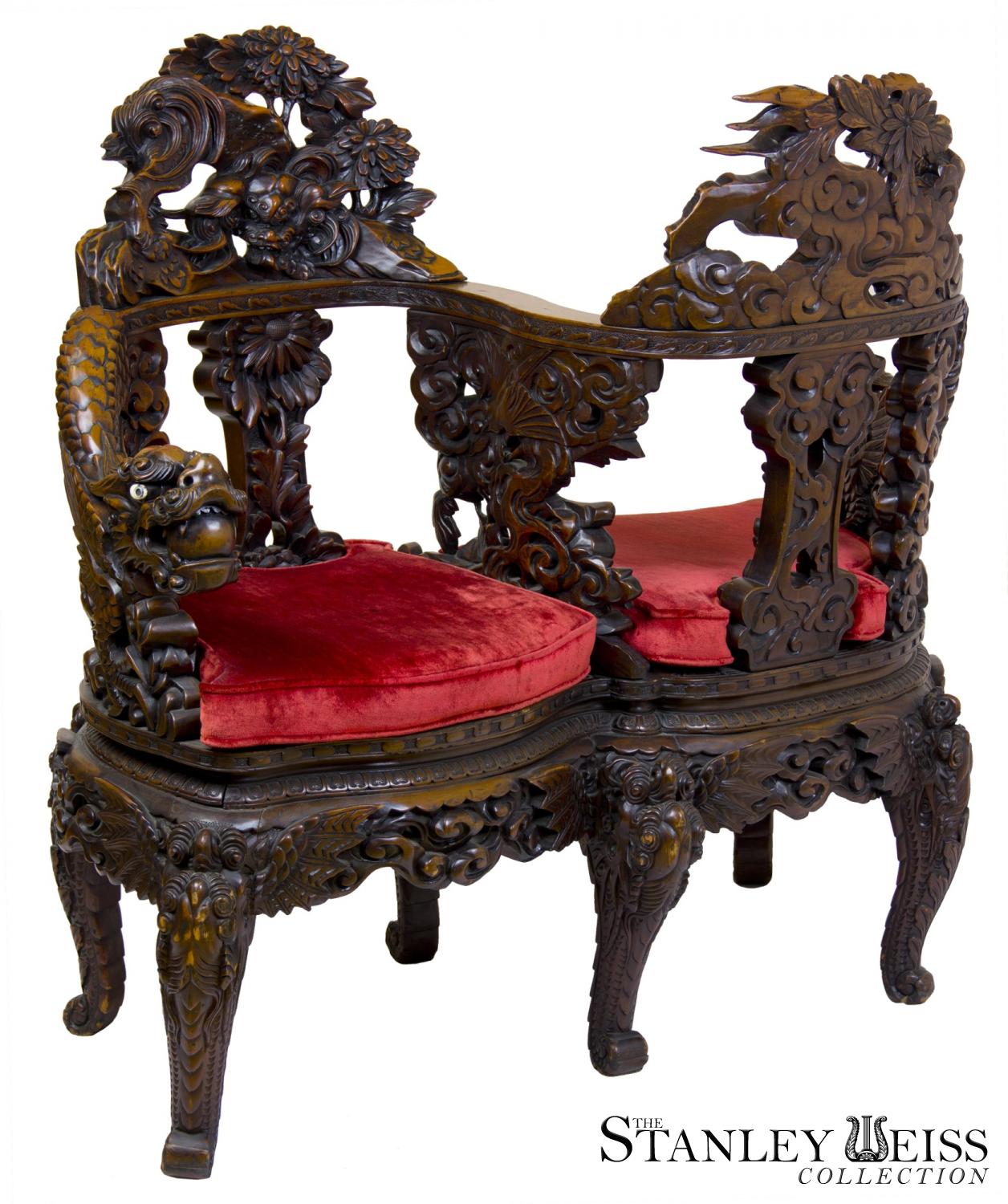 The tête-à-tête form appears in the latter part of the 19th century, a Victorian motif that here is expressed in the Chinese style, and of Chinese workmanship.

This tête-à-tête is a tour de force of the best carving, that is fully developed through the piece, seat bottoms notwithstanding.   Note the crest and the virtuosity of the carved lions, each with its own stylized anatomy and stance, each expressing an alternative to the other, not merely a repeated or mirroring design.  If this were not enough, the arms terminate into magnificent dragon heads with ceramic eyes, etc.  An owl with spread wings sits on top of every leg, and the arm supports are additionally fully embellished, including detailed carved birds dividing the two seats.

From a decorative point of view alone, it's a masterpiece, and as a form, the tête-à-tête in the Chinese taste is extremely rare. 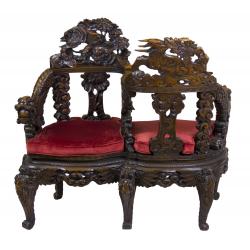 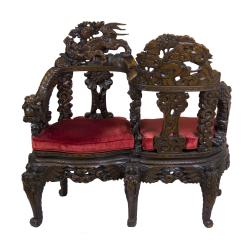 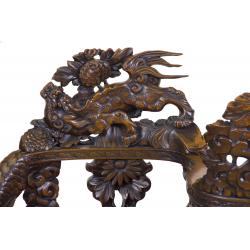 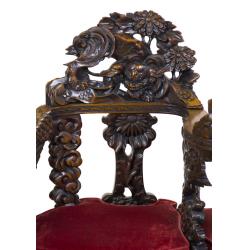 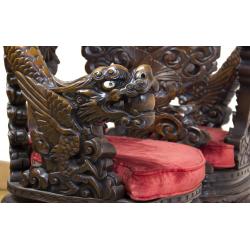 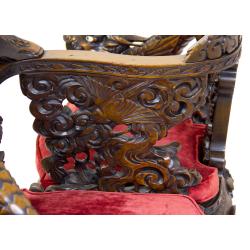 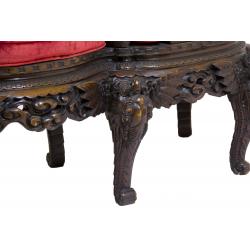 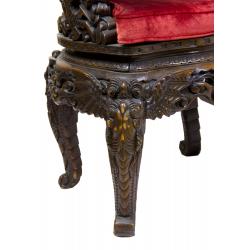 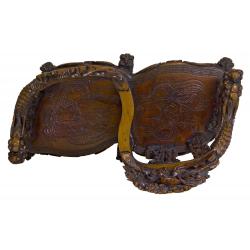 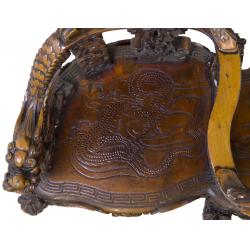 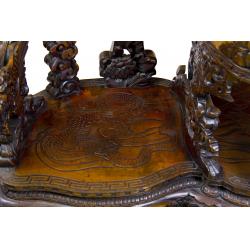 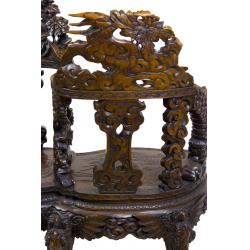