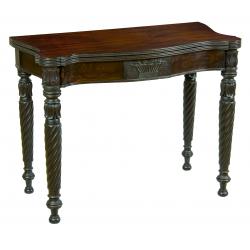 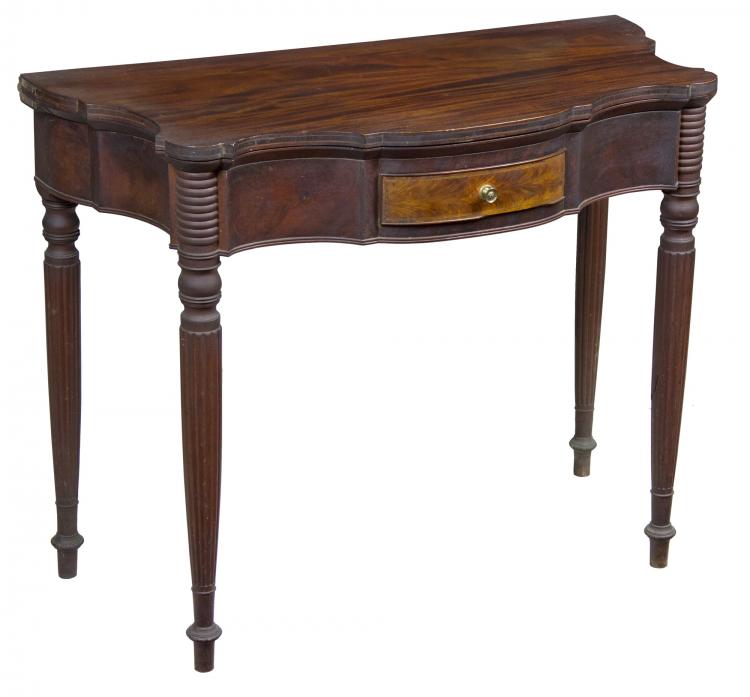 This card table at first appears to be quintessential Salem.  However, upon closer inspection and much research, it appears to have been made in Harvard, MA, by Jonathan Fairbank in 1815 for the marriage of Ebenezer Bridge (also of Harvard), whose name is scribed on the underside of this table, followed by the year of his wedding.

This table came to us in virtually untouched condition, and has remained such, including its early lion mask pull.  Card tables such as this with a drawer are quite rare and the flame birch provides a central focus with an opposing convex apron of flame mahogany.    Interestingly, the legs are cherry.

The construction details,including the use of similar mixed woods, correspond to a card table signed by Jonathan Fairbank at Old Sturbridge Village.  This table is similarly signed on the underside by the maker: “J. Fairbank / Harvard”.  Ebenezer Bridge was a farmer noted in Harvard town records, and Fairbank appears to have made our game table for Bridge’s wedding in 1815.

All of the above, which Philip Zimmerman (a noted scholar in this field) has researched for us, shows what anthropologists call “cultural diffusion”, with a style emanating from Salem to, in this case, central Massachusetts.  The stately shaping of the apron is fully developed.  We have left this table in its untouched condition, including its original iron hinges, however, a new owner may want to bring it back to the way it looked in 1815.   There is a minor piece of molding missing on the drawer (which we can replace).  However, on principle, we would rather leave this as found and let the new owner decide.

This table is a celebrated form with the addition important virtues of fine original condition, original provenance, and noted year of construction.  Of course, there are no repairs, or alterations. 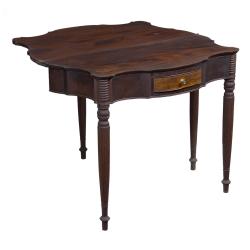 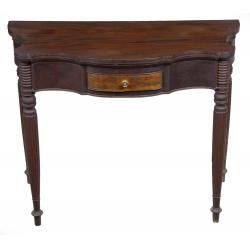 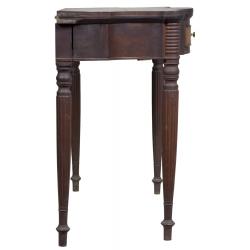 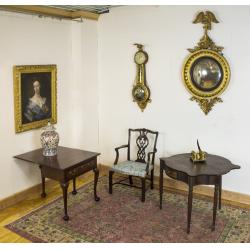 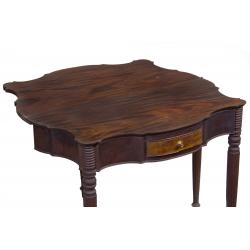 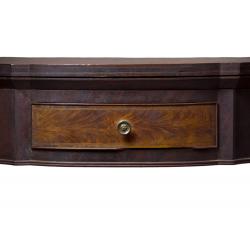 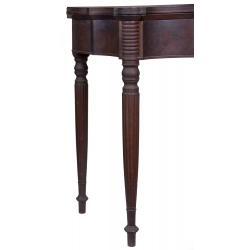 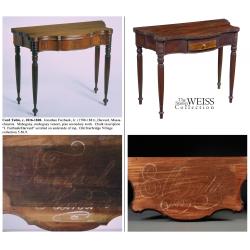 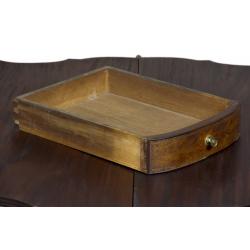 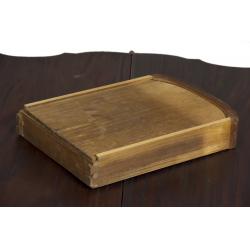 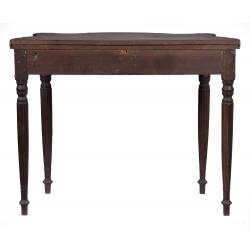 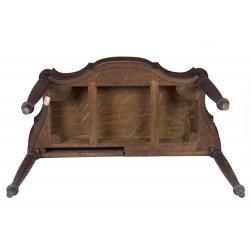 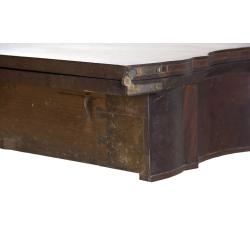 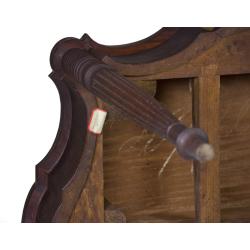