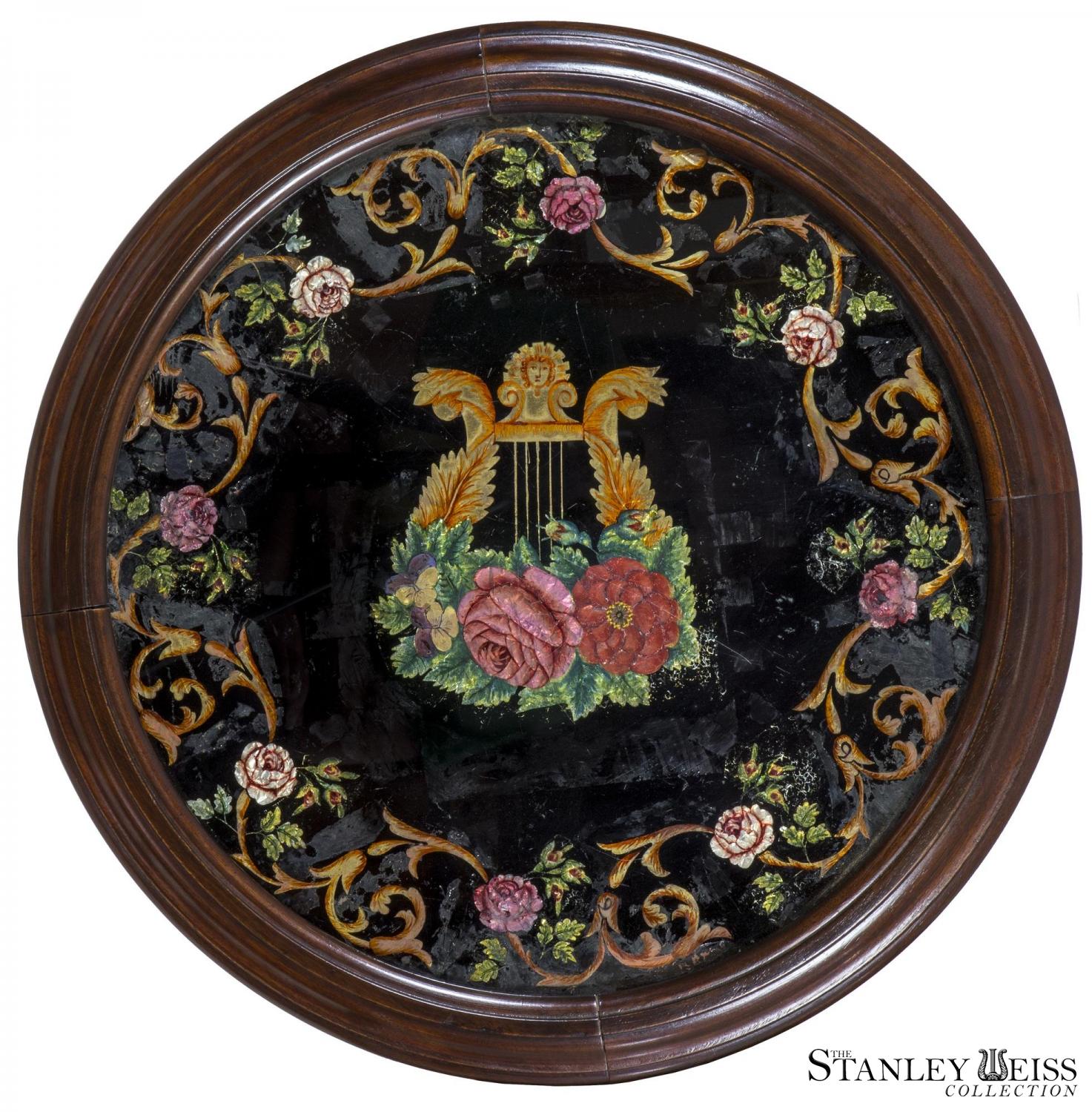 This stand has a magnificent reverse painting that retains its brilliant color, and the lyre, with flowers at its base is a real standout.   The walnut table is solid, and the turnings, both top and bottom are truly magnificent, and indicate a high quality shop, which, in that era, could have appeared in Boston, New York, Philadelphia, or Baltimore.   Interesting to note is the scrolled acanthus foot which is loosely developed, and a holdover to early classical pieces.  The manner in which it is put together, clearly shows it is Rococo Revival.

Many fine pieces were made in large cities during this period, which is also the beginning of mass produced furniture.  Here, the expensive addition of carved and usage of all solid walnut is for a more discerning market.  This was owned by Joe Kindig III for many years, and I’m sure they didn’t go much afield for a piece this late.  So, Philadelphia could be a possibility, but who knows?? 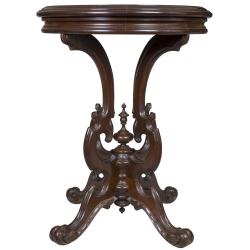 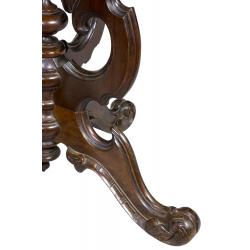 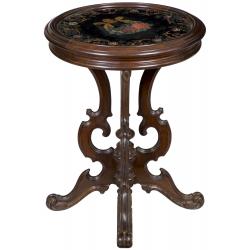 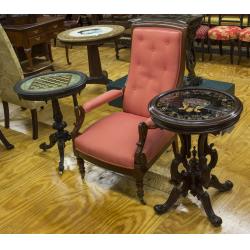