This highboy is very beautiful and elegant.   Note the taper to the legs and the high lift to the central drop pediment, which relates to other examples.   The key feature to this piece is its magnificent walnut; it is highly figured and glows with an amber warmth. The style of foot and case is related to models executed by Jobe Townsend, Newport, RI.  However, the drop pendant relates more to the area between Rhode Island and Stonington, CT.   A Stonington example is referenced in this report, written by Philip Zimmerman.   It is well known that many of the Newport Cabinetmakers moved up and down the coast, and one of the Goddards was married to someone from Long Island.  Roads were very poor and travel by sea along the coast quite prevalent.   The brasses are the highly desirable open pierced type.    The only replacement is the finial, which is a fine older Newport example.
Referenced: Yale University's AD#RIF6121 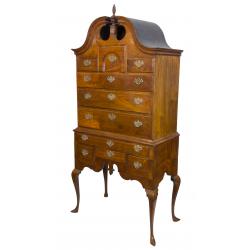 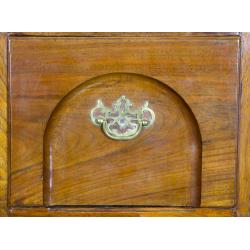 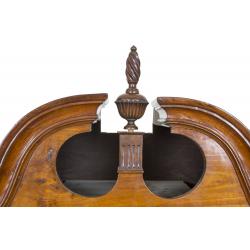 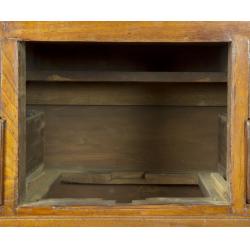 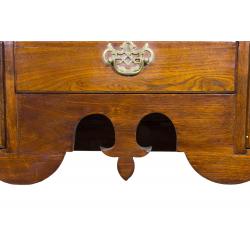 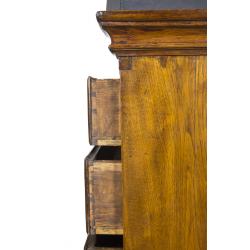 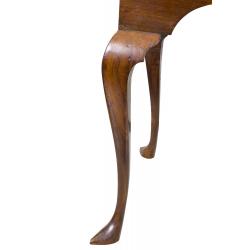