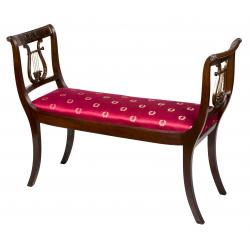 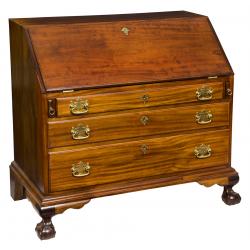 Fredrick Hagen was the son of Ernest Hagen, and was paid $475 on June 22nd, 1928, (see letter below), for the “reproduction of the Phyfe card table”.   It’s amazing what the client paid for it, as a car could have been purchased for this amount at that time.  Also below are pictures of Hagen’s design for the table, and referencing the Cornelius book on Phyfe, plate. XXXV (shown below).   Comparatively speaking, he did a fabulous job, because the carving is first class in every way, and the wood quality actually appears period.   … He probably used period dining room table leaves to accomplish this.

Pairs of these tables are almost impossible to find and these have a direct relationship to the cabinetmaker, Hagen.  Ernest Hagen and his two sons were exponents of the Phyfe New York cabinetmaking tradition.   A lengthy discussion of Hagen is found in Peter Kenny’s Duncan Phyfe: Master Cabinetmaker in New York, wherein Kenny writes of Hagen working not only as Phyfe’s earliest biographer, but the de facto heir to his business, often making reproductions of the late master’s works for the same luminary clients who purchased them from Phyfe in earlier decades (or an earlier generation).   Several Hagen examples are illustrated; including the Phyfe-style settee is shown below (Kenny, Duncan Phyfe: : Master Cabinetmaker in New York fig.8).

This pair of tables was acquired together with a window seat made by Hagen in 1885 (see item sw01675). 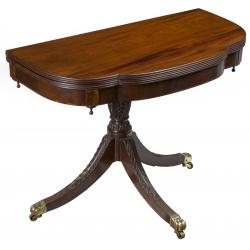 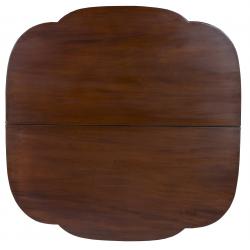 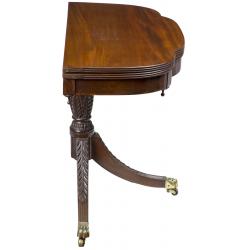 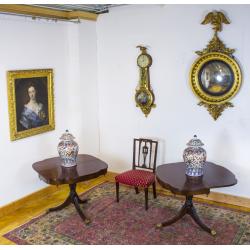 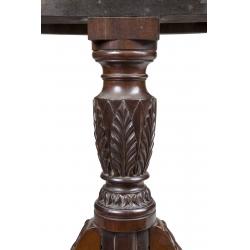 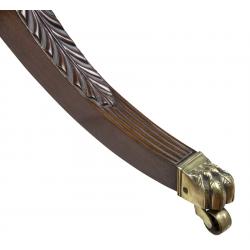 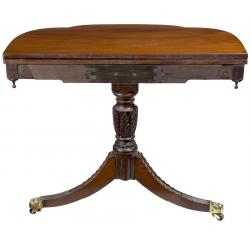 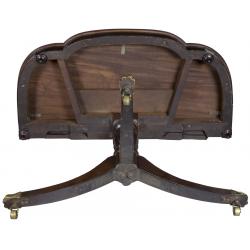 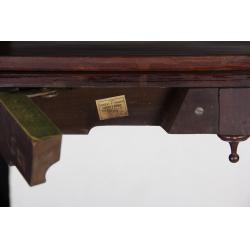 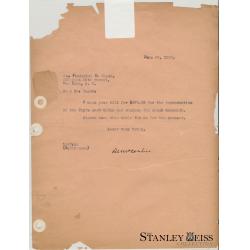 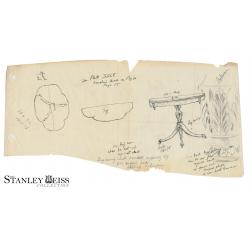 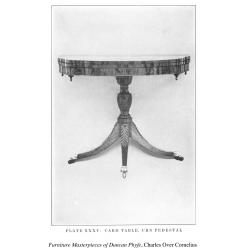 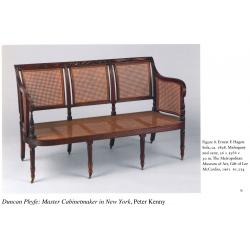