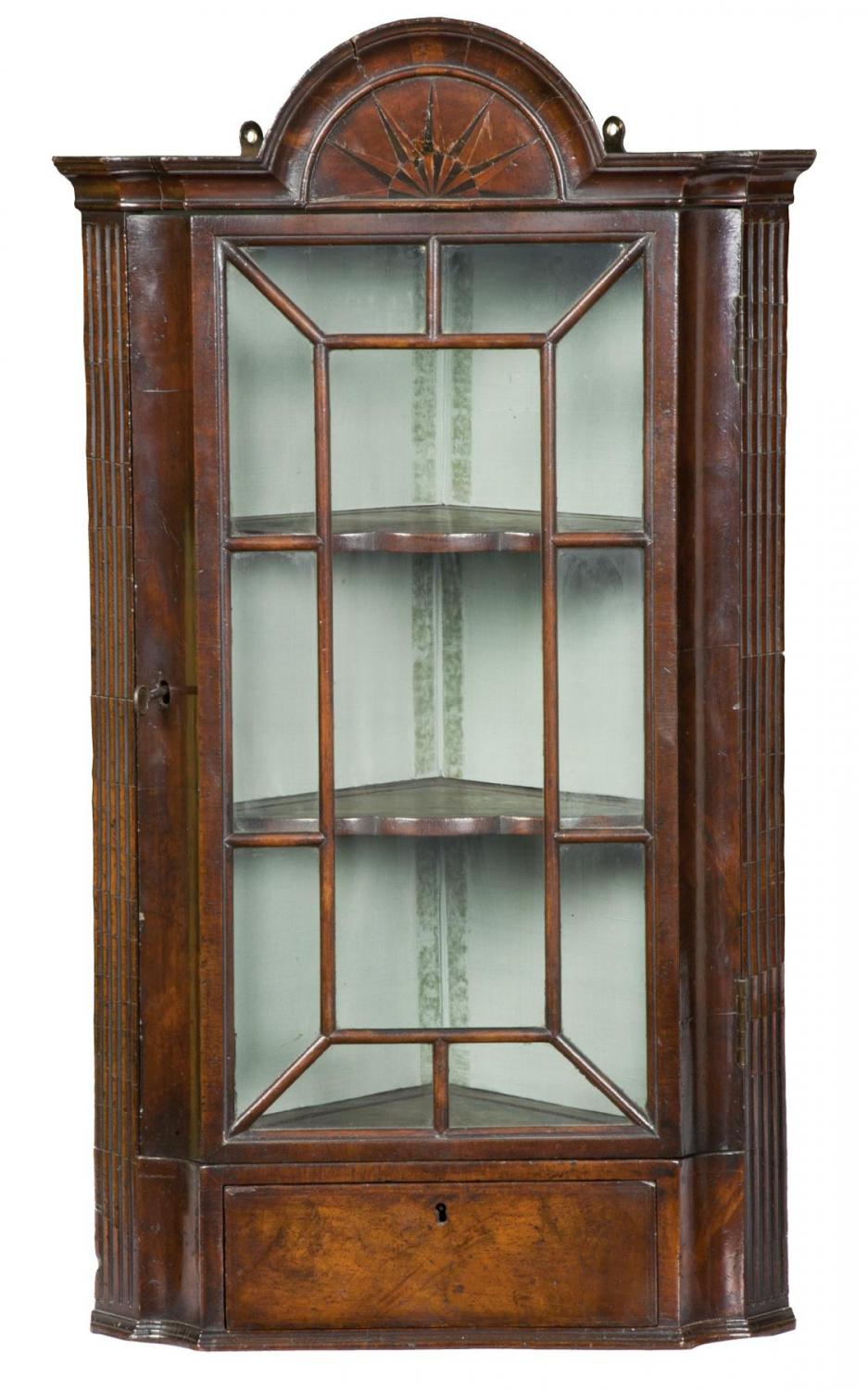 Mariner’s stars (or compass stars) are rarely found in early furniture and highly desirable, particularly in early Boston furniture. The mariner’s star is integrated into this casepiece via an arched pediment and is further embellished with reeding on the sides of the case as well as a convex curve that meets the glass doors. In short, it’s a pretty sophisticated piece of cabinetwork for such a small piece and has a drawer integrated below, which is a rare feature. The interior shelves are beautifully stylized and all of the glass is original, which is evidenced by the original putty behind the glass, which leaves no question. 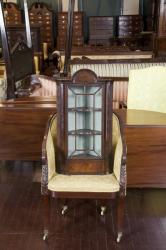 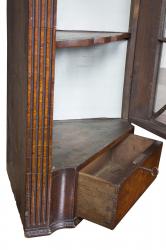 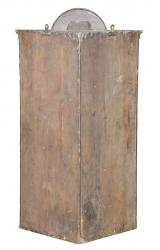