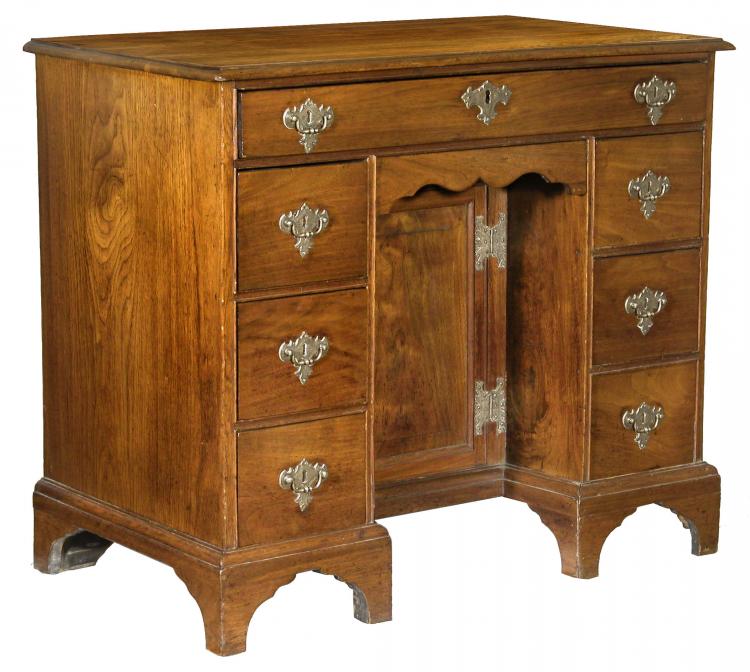 The rectangular top with molded edge above a conforming case fitted with a long drawer over banks of three short drawers, centering a document drawer with scalloped apron above the kneehole with recessed drawer mounted with ornate brass hinges, opening to an interior fitted with a bank of valanced cubbyholes, the whole on a molded base raised on bracket feet. Retains original cast-brass hardware.

Provenance: Dr. Edward Augustus Holyoke (1728-1829) of Salem, Massachusetts; to his sister, then given to her servant, Lucy A. Berry (b. 1812); to her daughter Sarah E. Smith (as recounted by Charles F. Smith in a letter dated Sept. 18th, 1867). The desk was then purchased from the Smith family by Kenneth (?) W. Osgood, where it has been passed down through the family to the prior owner.

The following is the Northeast Auctions listing for this desk for their August 5, 2007 Americana Sale.

Notes on Provenance: Edward Augustus Holyoke (1728-1829) was a pioneering American physician whose early advocacy of smallpox vaccinations did much to safeguard the health of Salem's inhabitants. After testing the inoculation on himself with no ill effects, he convinced over 600 of his patients to do the same. He also was one of the first to understand the connection between lead poisoning and pewter dishes. He recorded daily observations, including specifics of weather for over 75 years, in order to find a connection between diseases and weather conditions. Ultimately he created 122 daybooks relating to his medical practice and a 120-volume diary.

Holyoke trained in medicine long before medical school programs were established in the Colonies, and he was the first to receive an honorary medical degree some 40 years after his own graduation from Harvard. He, in turn, imparted his medical knowledge to over 35 apprentices. In addition, Holyoke was the first President of the Massachusetts Medical Society and a contributor to its publication, now The New England Journal of Medicine.

Always inquisitive, Holyoke was a founding member and president of the American Academy of Arts and Sciences and a founder of the Philosophical and Social libraries which merged as the Salem Athenaeum and Essex Historical Society.

The son of Reverend Edward Holyoke, President of Harvard, Edward Augustus married Judith Pickman in 1755. She was the daughter of Benjamin Pickman, the donor of a silver tankard (lot 58). During the Revolution, Holyoke sent his family to live in Nova Scotia until the conclusion of the War because of his Loyalist leanings. However, he stayed in heavily patriotic Salem to care for his patients, and eventually became an advocate of their cause.

Like his father-in-law, Holyoke was actively involved in church matters. He was one of the leaders of the 1772 movement to divide the First and North Church, serving on the committee and supplying his house for the meeting of the breakaway congregation. This tankard was given to the North Church. Upon his death, he left a bequest to the North Church to relieve the suffering of widows and unmarried women (see extract from his will illustrated here).

Holyoke was one of Salem's most renowned inhabitants, not only for his many contributions to the health and welfare of Salem's citizenry, but also for his extraordinary longevity, as he lived 101 years. (See: Exercises in Commemoration of the Three Hundredth Anniversary of the Gathering of the First Church in Salem, Massachusetts, 1930, pp. 56-64; Jim McAllister, "Salem Tales: Edward Augustus Holyoke," 2006)

On Aug. 21, 1828, many of Salem's most important citizens gathered at the Essex House to pay tribute to one of the town's most beloved citizens, Dr. Edward Augustus Holyoke on the occasion of his 100th birthday. The highlight of the event was a toast offered by the honoree to his beloved Massachusetts Medical Society.

Holyoke was born in Marblehead, the son of the Rev. Edward Holyoke and Margaret Appleton of Ipswich. In 1737 his father was appointed president of Harvard and the family moved to Cambridge. The younger Edward entered the college at the age of 14 and graduated in the class of 1746.

After a brief stint as a teacher in Lexington and Roxbury, Holyoke moved to his mother's hometown of Ipswich to study medicine under the esteemed physician, Col. Thomas Perry. When his two-year apprenticeship ended in 1749, Holyoke settled in Salem and opened a practice.

After a shaky start - he replaced a physician who was beloved by the local populace - the young doctor began attracting patients locally and in communities as far away as Methuen and Cape Ann. Traveling by horseback, chaise, or on foot, Holyoke over the next 80 years would cover an estimated one-and-a-half-million miles and make approximately a quarter-of-a-million house calls. During his career, 35 aspiring physicians would apprentice under the respected Salem doctor.

Throughout his long and successful career, Holyoke remained dedicated to the study of medicine and new medical treatments. For 75 years he kept daily weather records in the hopes of finding scientific connections between local atmospheric conditions and specific diseases. This venture proved unsuccessful, but he made many other contributions to the field of medicine. Holyoke, for example, was one of the first to make the connection between the use of pewter dishes and lead poisoning.
Holyoke's open-mindedness made him a pioneer in the treatment and prevention of smallpox. When an epidemic of this deadly disease hit the Salem area in 1777,

Holyoke, after first making out his will, allowed himself to be innoculated by Dr. Nathaniel Perkins in Boston. He survived the highly controversial treatment, and subsequently convinced more than 600 of his own patients to let him innoculate them. Only two died, and the success of this treatment made Holyoke an early adherent of smallpox vaccination in later years.

Tragically, all of Holyoke's expertise and experience often failed him when it came to treating his own family. His first wife, Judith Pickman, died in childbirth. And of the 12 children Edward had with Mary Vial, only four survived infancy.

His political leanings caused additional problems for Holyoke's family during the Revolutionary War era. An avowed Loyalist who had the nerve to socialize with the hated Royal Governor, Thomas Hutchinson, Holyoke lost much of his standing in heavily patriotic Salem. While he chose to stay and care for his patients throughout the war, the physician wisely sent his family to live in Nova Scotia until it ended in 1783.

During the course of the conflict Holyoke came to believe in the patriotic cause and was singled out for many honors. In 1781, he was tapped by the Legislature to organize the Massachusetts Medical Society. He served for a time as the organization's president and was a frequent contributor to its publication, now the New England Journal of Medicine. In 1783 he was awarded the first M.D. degree ever given by the Harvard Medical School.

Holyoke's interests were not limited to science and medicine. He was a founder of both the Social and Philosphical libraries in Salem, and was a driving force in the merger of these two institutions into the Salem Athenaeum in 1810. He was also an incorporator of the Essex Historical Society, later the Essex Institute, in 1821.

When the American Academy of Arts and Sciences was formed in 1790 for the encouragement and dissemination of knowledge, Holyoke joined the likes of George Washington and Benjamin Franklin as a charter member. He later served as the academy's president for six years.

Holyoke, a near vegetarian who liked his liquor and tobacco, died in 1829. He left behind 122 daybooks relating to his medical practice and a 120-volume diary. 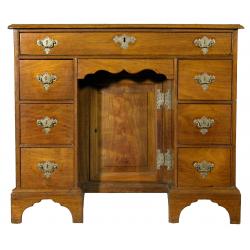 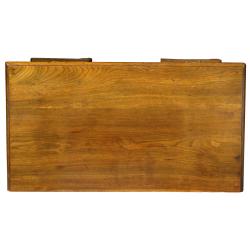 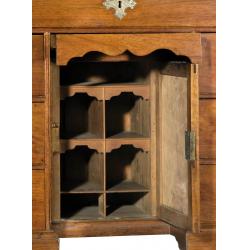 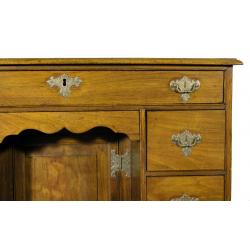 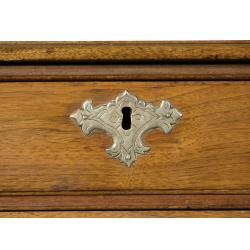 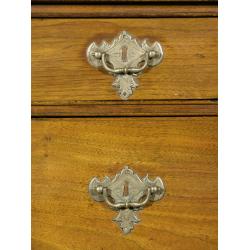 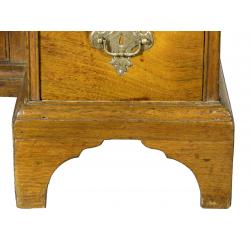 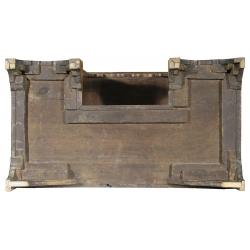 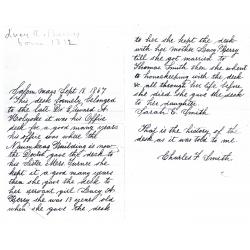 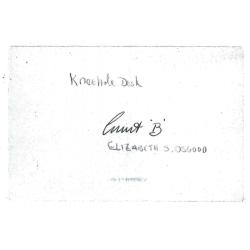 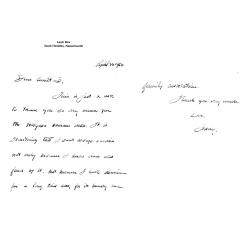 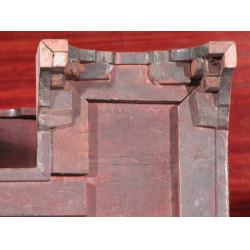 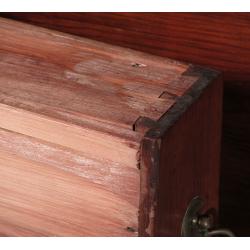 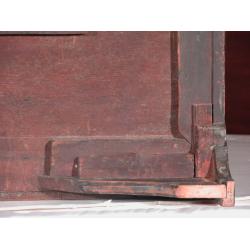 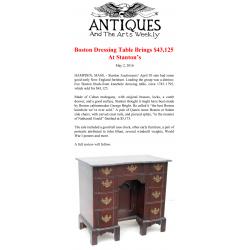