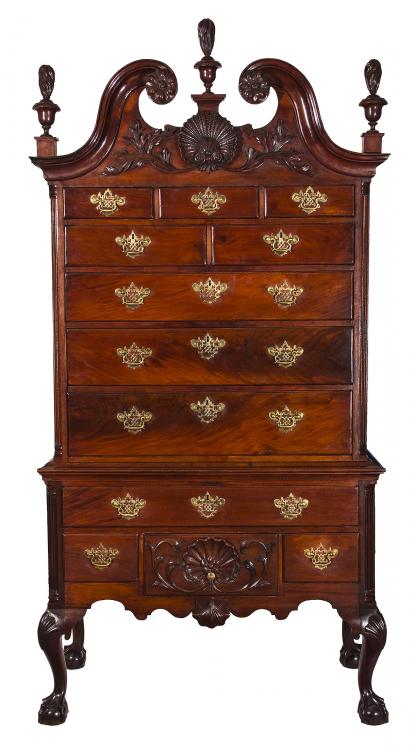 Carving Attributed to Samuel Harding and “the Garvan Carver”

This important piece represents the best of the best; examples from this school are represented in the major museums through America as a highpoint of fine furniture construction and expression through English late 18th century models.  Philadelphia produced probably the, most elaborate of these casepieces in the colonies.

This highboy is in that museum category.   In terms of scale, our example is one of the most robust of this grouping.  I also point to the very vibrant striped mahogany.  This is not to mention the great carving (particularly the shell on the tympanum, which is a masterpiece unto itself).  It retains original brasses.

This chest is referred to as the “Baron Steigel Highboy,” after its original owner, from whom it descended directly in the family, until acquired in the late 30s by the dean of Philadelphia furniture, Joseph Kindig.  This highboy is a national treasure and a building unto itself with a real history of ownership in a founding American family at the time of the Revolution.

Click here for a report on this piece by Alan Miller. 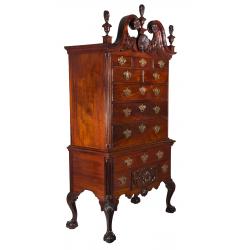 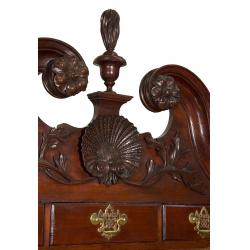 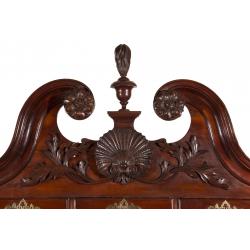 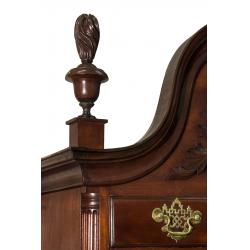 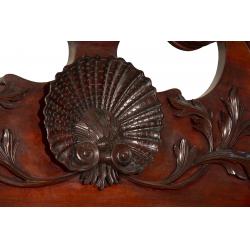 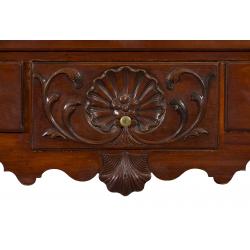 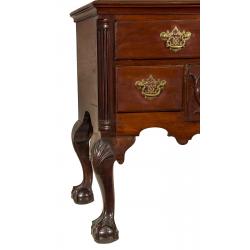 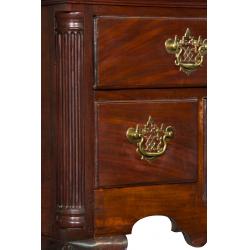 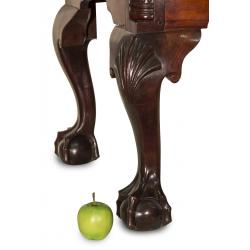 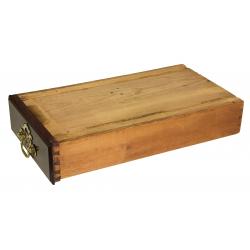 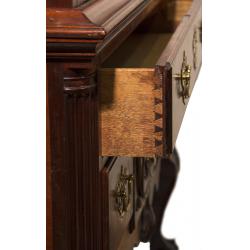 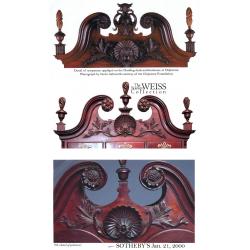 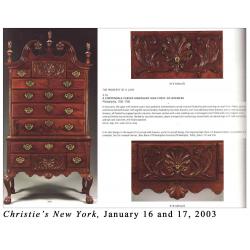