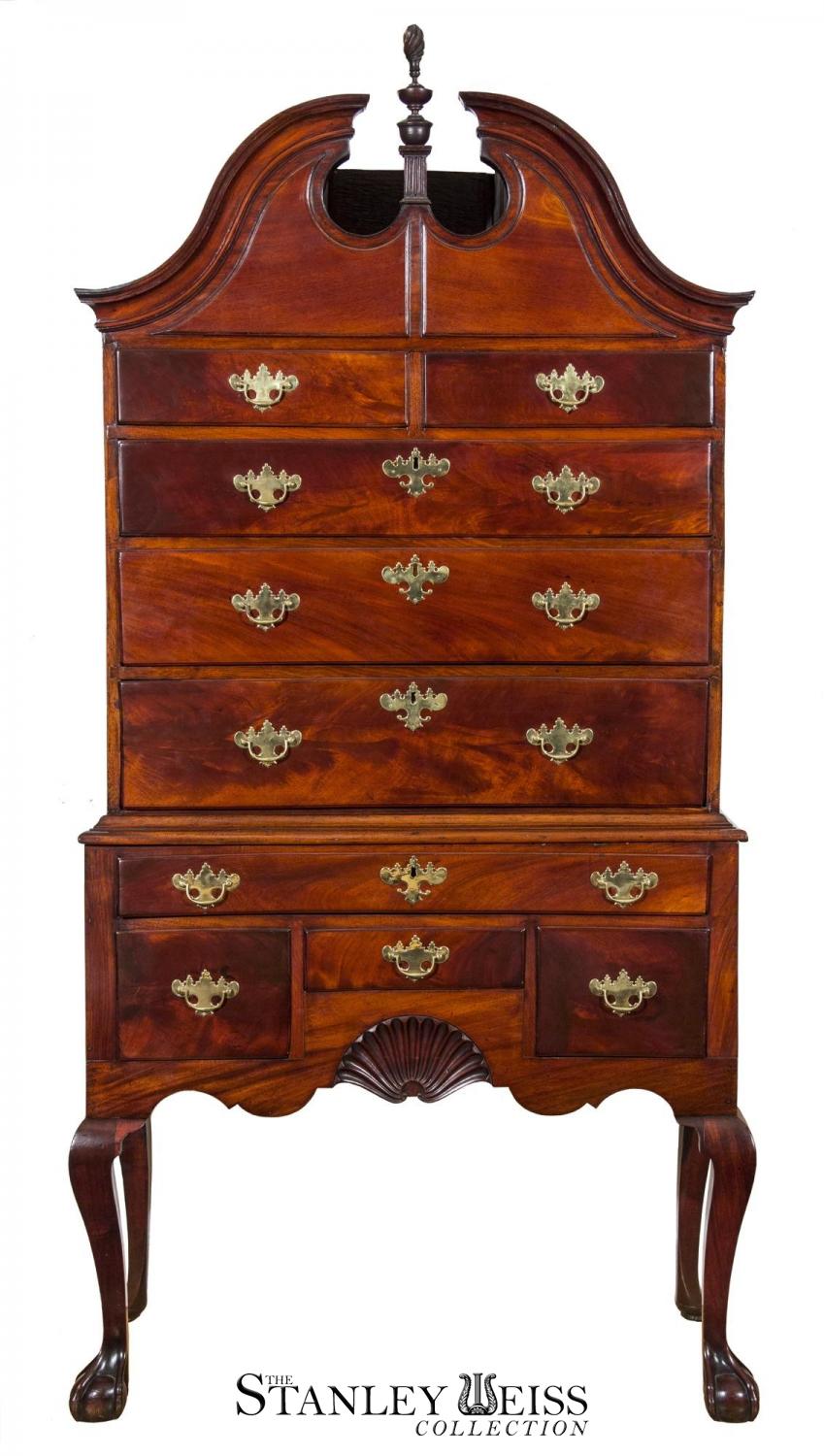 John Olney is a descendant of not only the Olney family in Providence, but also the Powel family in Philadelphia.  Powel’s brother was mayor of Philadelphia, 1763. Leslie Keno tracked this piece out in California in his series “Find!” Of distinction is the very beautiful figured Cuban mahogany and small yet firm stance. The double cupcake finial is original and the large boxy claw and ball feet relate to the John Brown lolling chair sold at Christie’s Jan. ’02, lot 351. 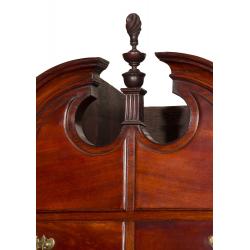 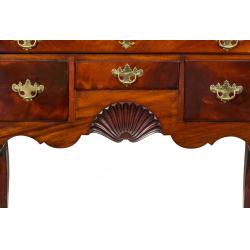 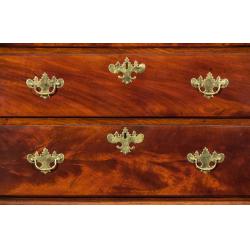 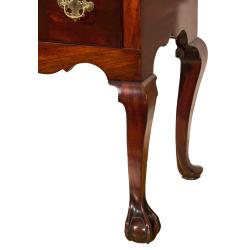 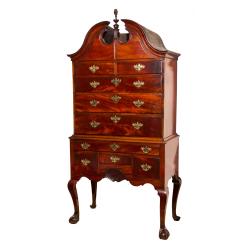 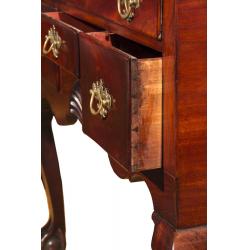 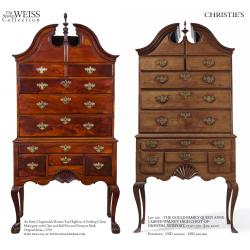 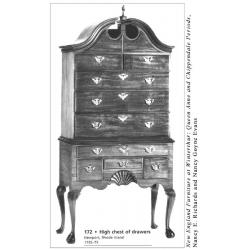 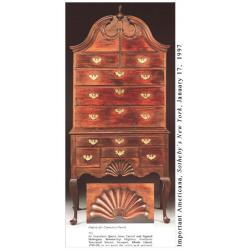 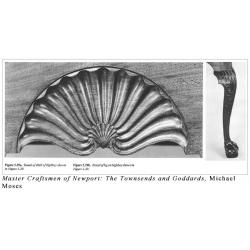 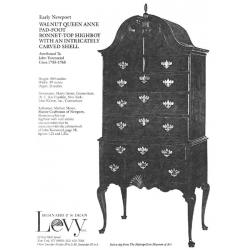 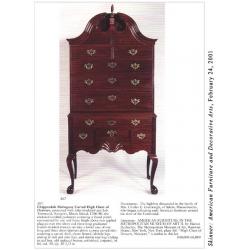 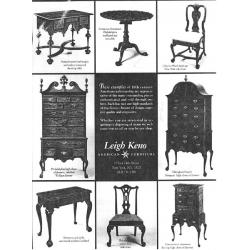