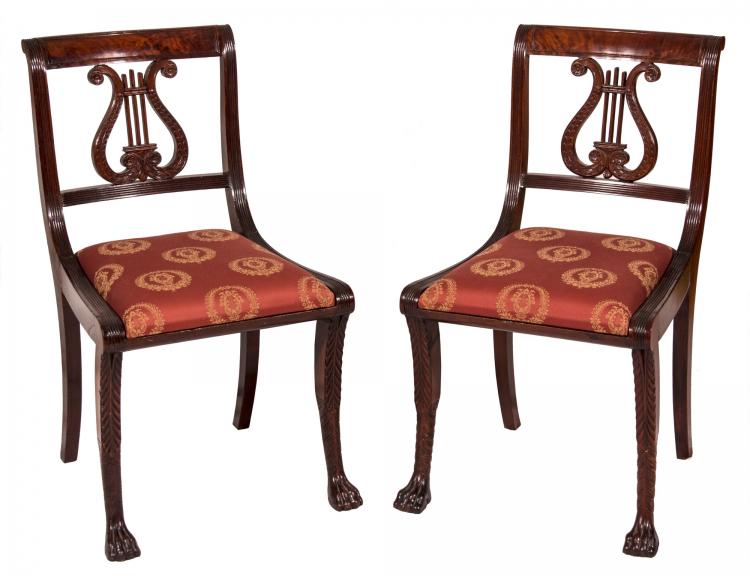 Illustrated: A nearly identical chair to this pair (but with applied carved roundels at the knees) is in the Yale University collection. See scanned page below from 300 Years of American Seating Furniture, Patricia E. Kane, (cat. no. 157).

An elegant pair of chairs by the side of a casepiece (bureau or desk) makes an inviting statement, with their light weight, grace and beauty to live with.  This pair is composed of heavy Cuban Mahogany and beautifully carved throughout.

This form of chair is derived from the Grecian klismos chair, introduced to architects and furniture craftsmen in the late 18th Century through such works as Hamilton's Vases. See Hugues d'Hancarville, Collection of Etruscan, Greek, and Roman Antiquities (Naples: 1766-67) (illustrating antique vase decoration showing, among other things, use of klismos chairs). The use of a classical form for an entire chair, rather than just for incidental decoration, is characteristic of the strict adherence to archaeological precedents of the later post-Adam neoclassical period. These forms were popularized in published architectural designs by Percier and Fontaine in France, and by Thomas Hope and George Smith in England. The lyre -- the attribute of the - Grecian and Roman god Apollo -- was a popular motif in neoclassical decorative arts.

We acquired these chairs 25 years ago from George D. Glazer., a New York Dealer specializing in maps and globes.  Occasionally, important things came to him. He knew me personally, and when he acquired these chairs, he called us, as this pair is a collector’s prize in museum quality condition. 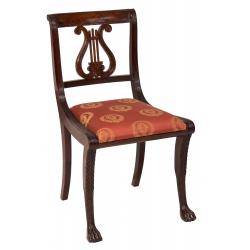 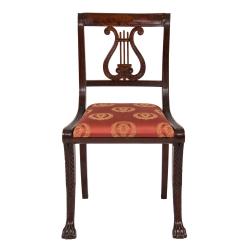 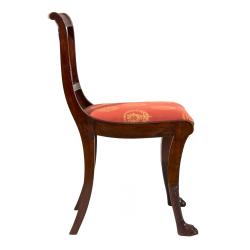 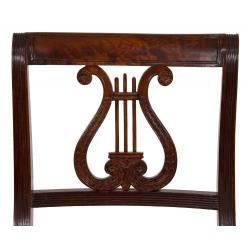 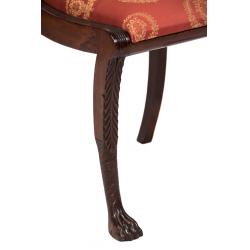 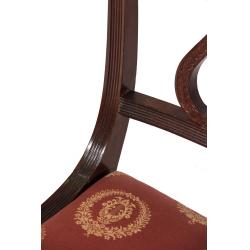 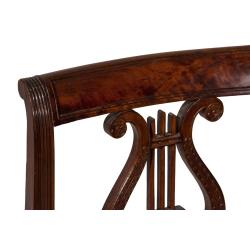 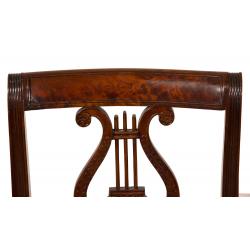 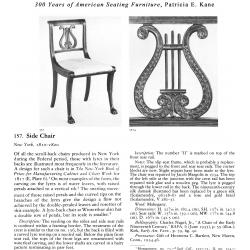