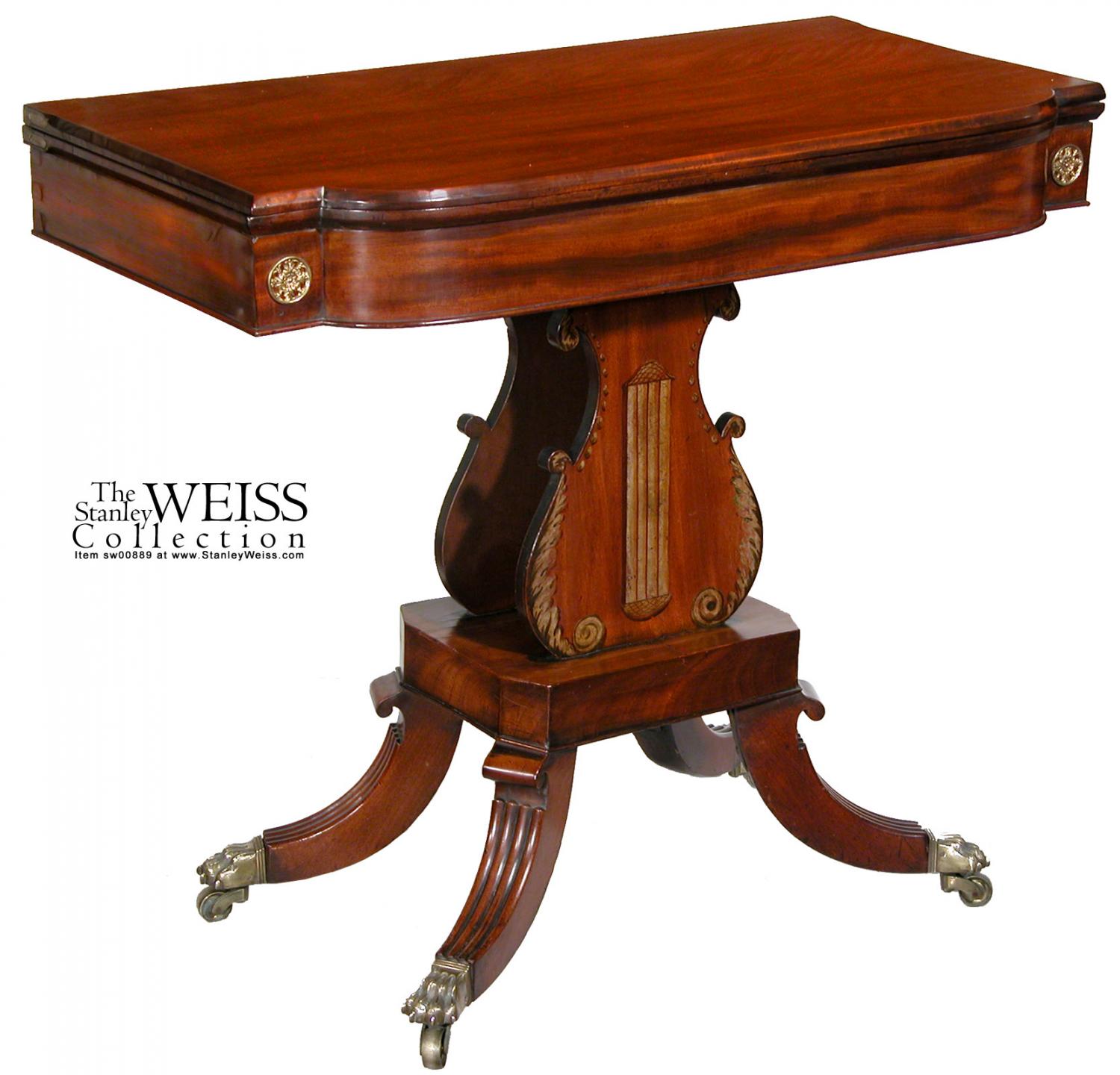 This is an interesting table because it was produced at the end of Thomas Seymour's career, when, according to Robert Mussey in The Furniture Masterworks of John & Thomas Seymour, Seymour worked as a foreman for James Baker in his shop after he was driven out of business as an independent cabinetmaker. The card table that Robert Mussey illustrates in Masterworks, where this observation is made, has a heavily reeded base and thick plinth with canted corners reminiscent of this card table, seemingly of the same blueprint, as even the lyres share the general outline without carved embellishments (see attached). This saber leg with scrolled outline is also illustrated even better in another Seymour table with a small scroll at the top of the saber.

The interesting thing about our table also is that it is in fact labeled (see below) by Elisha Learnard who was a known cabinetmaker who operated in Boston in the early 19th century. Records of his activity are difficult to index, as his name seems to have been spelled many different ways by those who worked with him.

1. The Grand Lodge of the Free and Accepted Masons of the Commonwealth of Massachusetts, (1854) by M.W. Winslow Lewis, G.M. lists "Elijah Learnard" as a new inductee in Masonic year 5814 (i.e. 1814).
2. Annals of the Massachusetts Charitable Mechanic Association, (1853), by Joseph T. Buckingham lists "Elijah Learned, Cabinet-maker" as a new inductee in the year 1800.
3. The Winterthur Library has a collection of sales records of the Boston furniture hardware dealer William Greenough, which mentions "Elijah Learned" as a customer, along with Ebenezer Vose, and Levi Ruggles.

Also of interest is the blue paper lining in the storage compartment on this card table, which is typically seen in many Seymour pieces. Also of note is that the faux strings and painting are clearly original and in well-preserved condition. The top boards are solid, beautifully figured mahogany of excellent quality, as is the rest of this piece.

Consequently, what one can draw from the above is that there is certainly a "circle" of Seymour found in works of this period. This labeled piece, with its blue Seymour-esque paper is certainly a treasure. 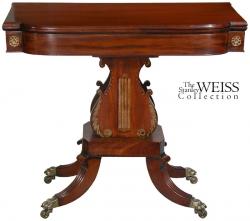 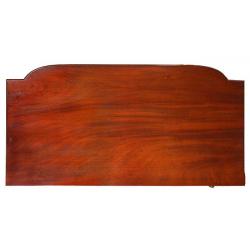 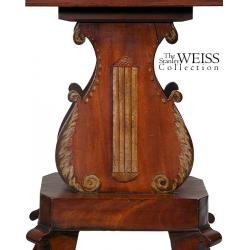 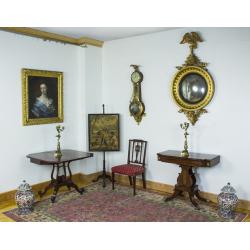 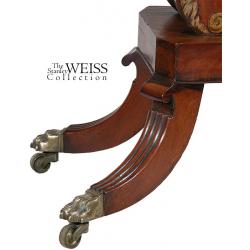 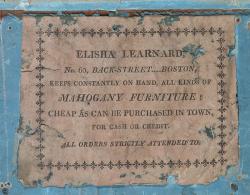 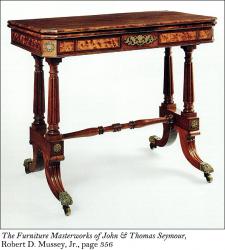 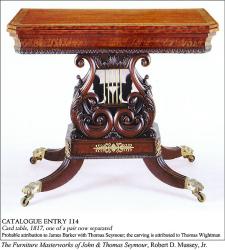