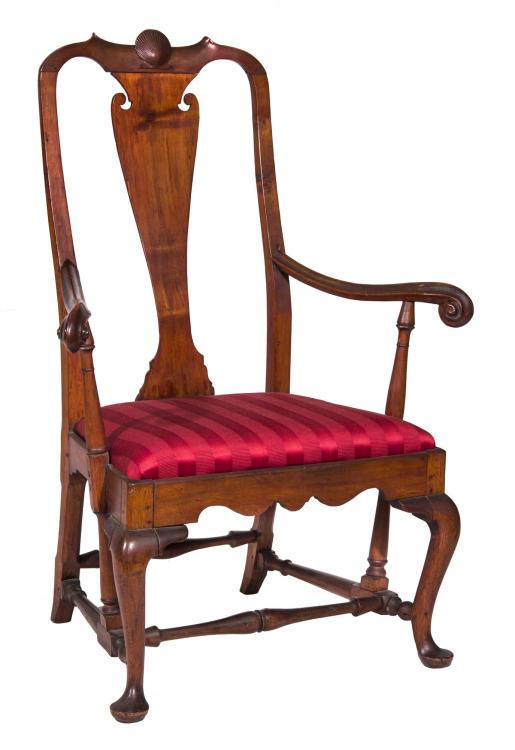 Provenance: Reputedly Benedict Arnold, and Descended through the Ames Family of Newport, RI.

This is a magnificent small armchair with a wonderful shell carved into the solid of the crest rail.   Note the long, then tapering splat, and as pointed out by Brock Jobe in the following message, this speaks more to Rhode Island.  The arms, ending in the earlier scrolled motif, appear a bit transitional, given the somewhat later Queen Anne pad foot and the arm supports run straight down to the bottom of the chair stretchers.   This is an unusual chair and retains its early, first surface.  It’s the real thing, and quite a treasure with its scrolled skirt and chamferred rear legs.   There are no repairs or restorations.   It was obviously a very loved pieces and appeared at Sotheby’s where Erik Gronning confided that the Ames family were the consignors.  This family had many treasures, some of which ended up in the Newport museum.  In our collection we have a 3-shell Newport desk descended in that family, so they knew and held on to the great pieces, which have been coming out over the years from them.  This piece if for either a museum or an astute collector who wants the very finest example of early Newport work.

Stan, Thanks for pointing out this chair. I hadn't spotted it. I don't know of anything from Portsmouth that relates to it. I agree that the chair relates more to Rhode Island and southeastern MA than it does to Portsmouth. The closest thing to this chair that I can remember appears in the attached photo. I think of these as south of Boston, not north of the city, but I don't have firm proof of that. By the way, birch appears in furniture throughout coastal RI, MA, NH, and Maine; the wood was widely shipped from northern NE to seaports to the south. A great deal of furniture from southeastern MA is made of birch, even though it didn't grow in great quantities locally. Hope that this is helpful.

All the best,
Brock 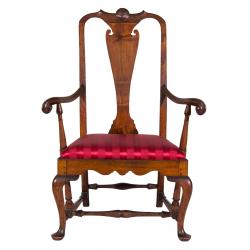 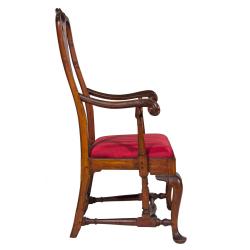 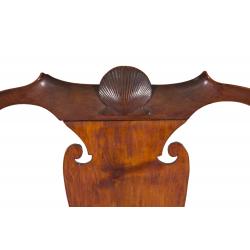 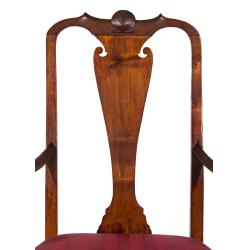 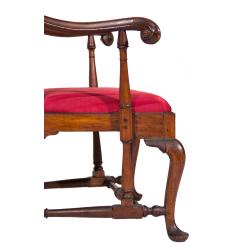 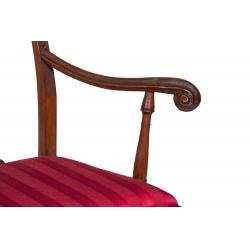 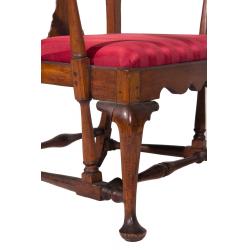 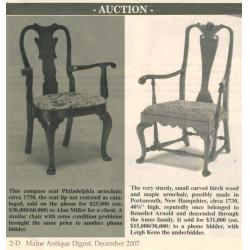 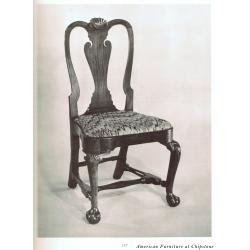 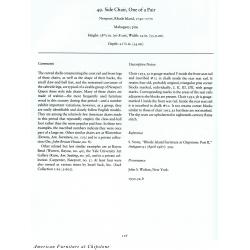