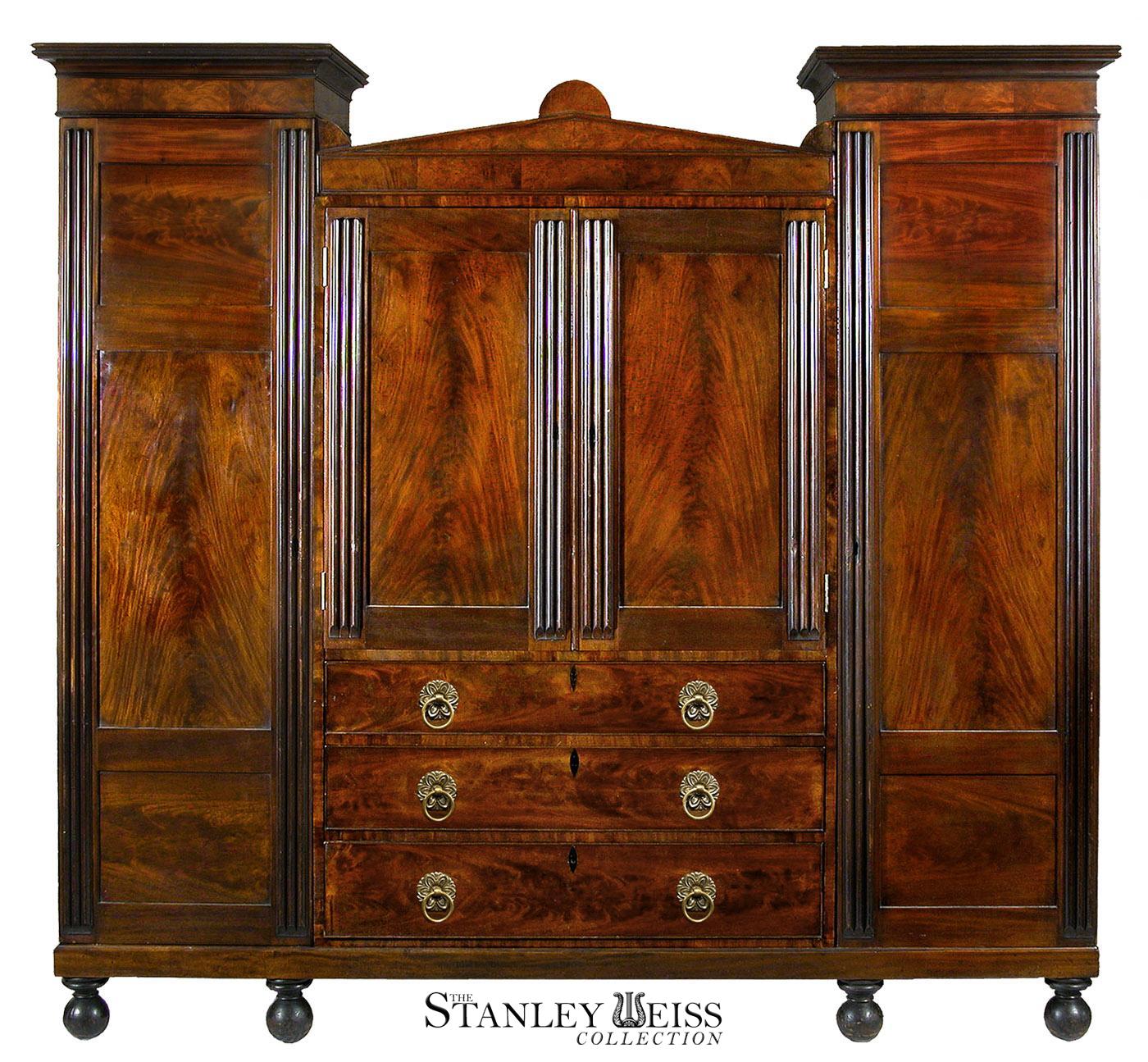 Announcement!  This item will be available at auction from Neal Auction Company on January 26th, 2019.  Preview exhibition is currently underway.  Click here to see our listings at nealauction.com.

This large scale linen press is composed of three basic elements: two side closets who doors fully open for hanging clothes and a midsection with pull-out clothes slides and large drawers below. While this piece is quite large, it disassembles into its three components, of which all of the pediments above each section are removable.

The cabinetry is absolute magnificent throughout. All the doors are through-tenoned, an old-fashioned technique that provides ultimate strength. The dovetails are also extremely fine and are complemented with the best figured mahogany solids throughout. For example, the sides of this piece are solid mahogany figured slabs. The escutcheons are dark, probably walnut ovals reminiscent of early work, some of which are attributed to John Needles.

The design of this piece is very classical with the reminiscent Needles wide reeding, all of which makes a bold statement. Also of interest is the central pediment, and we have found a related Baltimore with a similar pediment, all of which relate to a first century temple in Rome of similar design.
This piece is in magnificent original condition with no repairs or alterations. While it is a sizeable piece, its height is rather contained and can easily compliment a bedroom in a New York apartment, where it was for many years….or larger spaces. 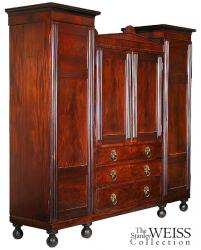 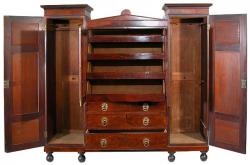 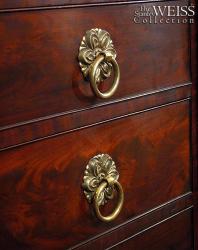 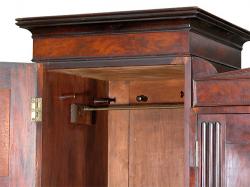 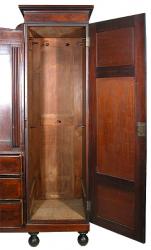 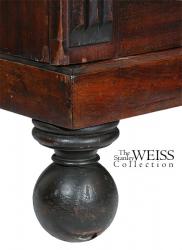 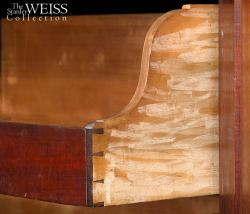 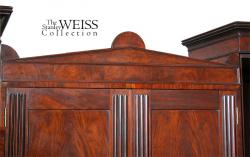 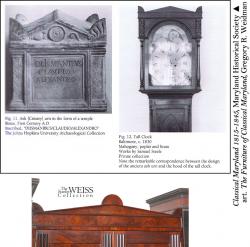 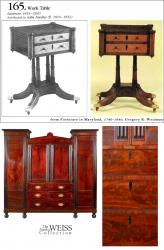