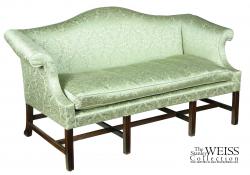 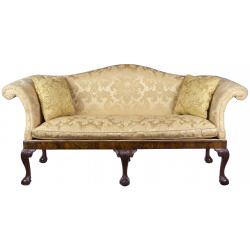 This elegant sofa has fine stylized lines with a serpentine curved front seat rail making for a commodious and comfortable sofa.  The arms are carefully scrolled and restrained as is the arching of the back which complements the seat.  The legs are Hepplewhite in style with spade feet, which are reinforced with their original stretchers.  The fabric is new and is a fine silk damask with a feather stuffing, all of which is in perfect condition.  The foundation materials are all new and images of the frame prior to upholstery are included below.  This was upholstered by Manfred Woerner, who does upholstery for museums.

This sofa is virtually new, with the exception of its frame which is in a fine state of preservation, which we have tightened up, etc. (see images).  It is literally in showroom condition and is beautifully striking.

In 1796 and 1797, after his second marriage, Kirkland built a large house which was occupied by the family for many years after his death in 1808.  It seemed to Mr. Ibbotson and myself, as we discussed it, that the sofa in question was probably acquired as a part of the furniture for this new home. 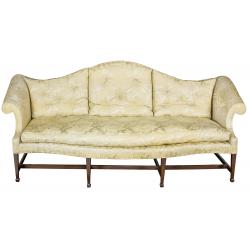 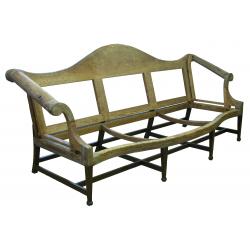 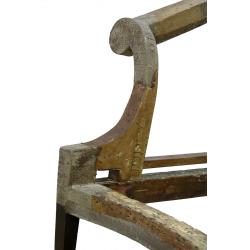 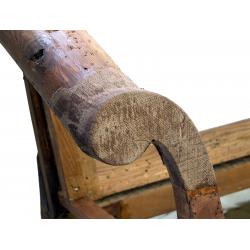 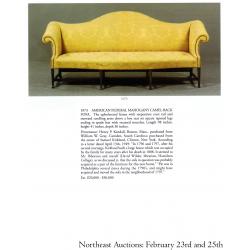 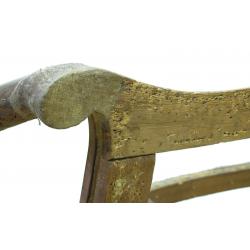 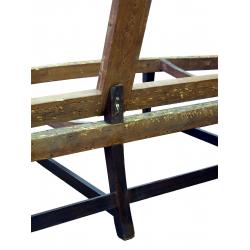 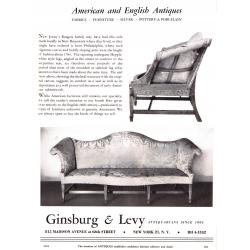