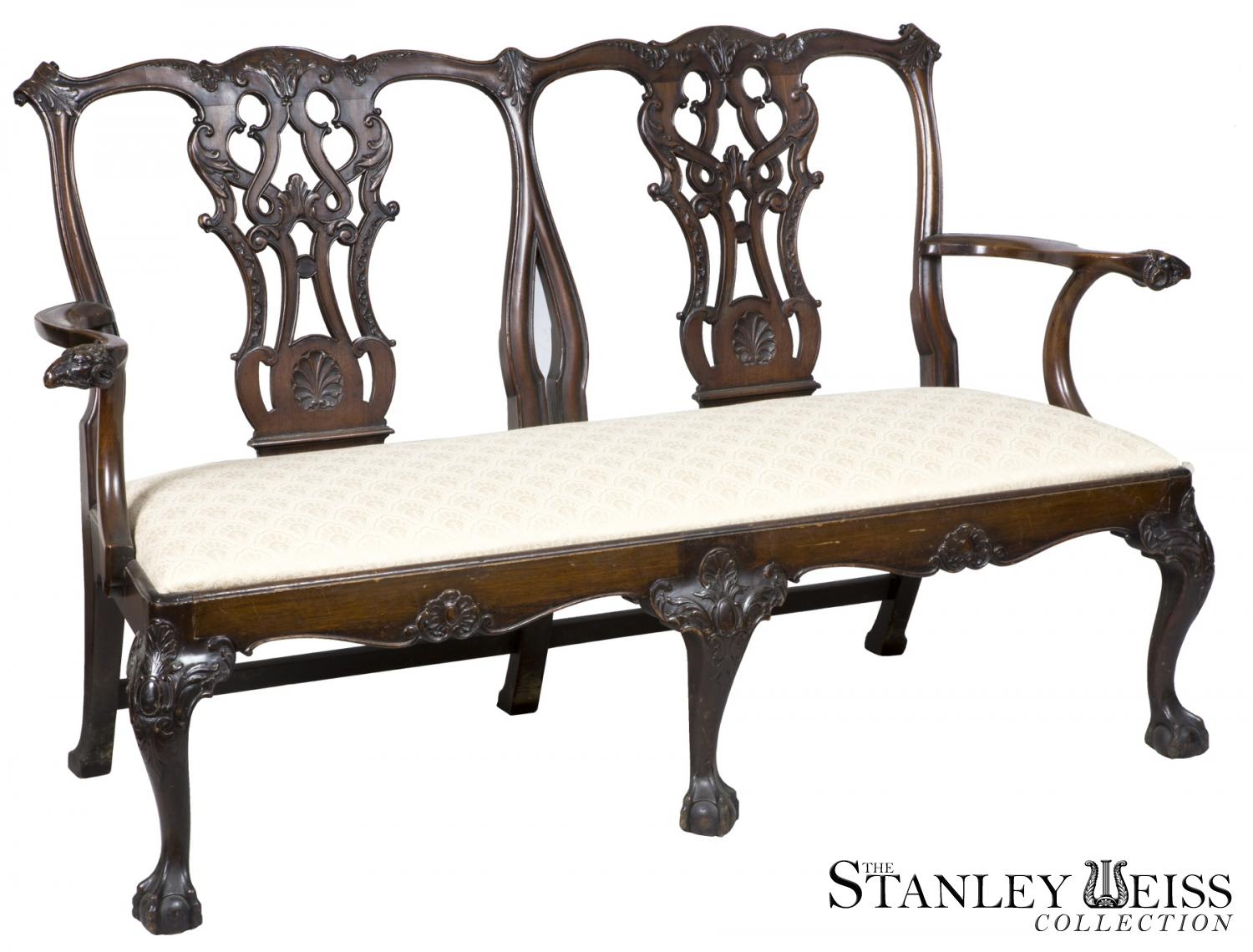 This settee is a tour de force of carved elements which make a most commanding presentation. The Chippendale style here is embellished with, 1) fully carved backsplats, 2) scrolled crest rail corners, 3) arms with beautifully carved ram’s heads, 4) carved claw and ball feet with carved knees and, 5) median cartouches on the seat rail between the legs.

This settee is a magnificent example of the full Chippendale development in the late 19th century, which never went out of favor in England.  Although this piece was made perhaps 100 years later, its popularity remained.  Simply, it’s as good as it gets and it retains an old, probably original surface.  This settee has no repairs or restorations. 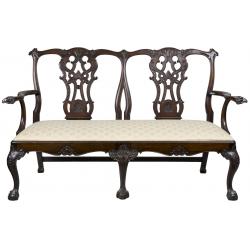 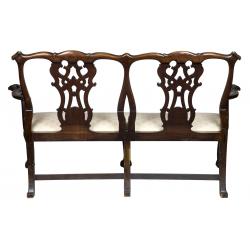 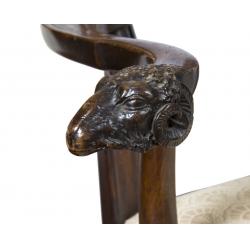 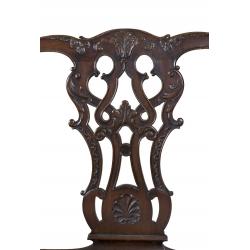 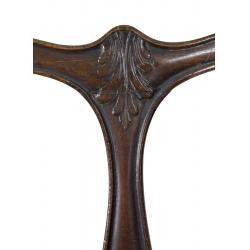 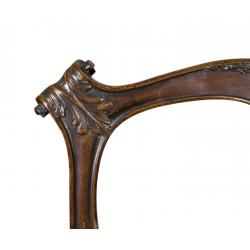 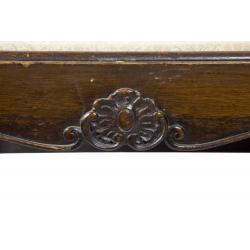 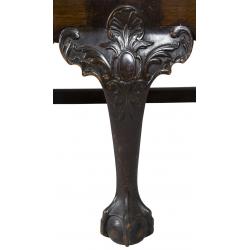 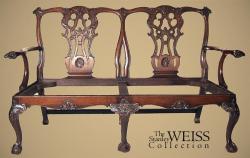