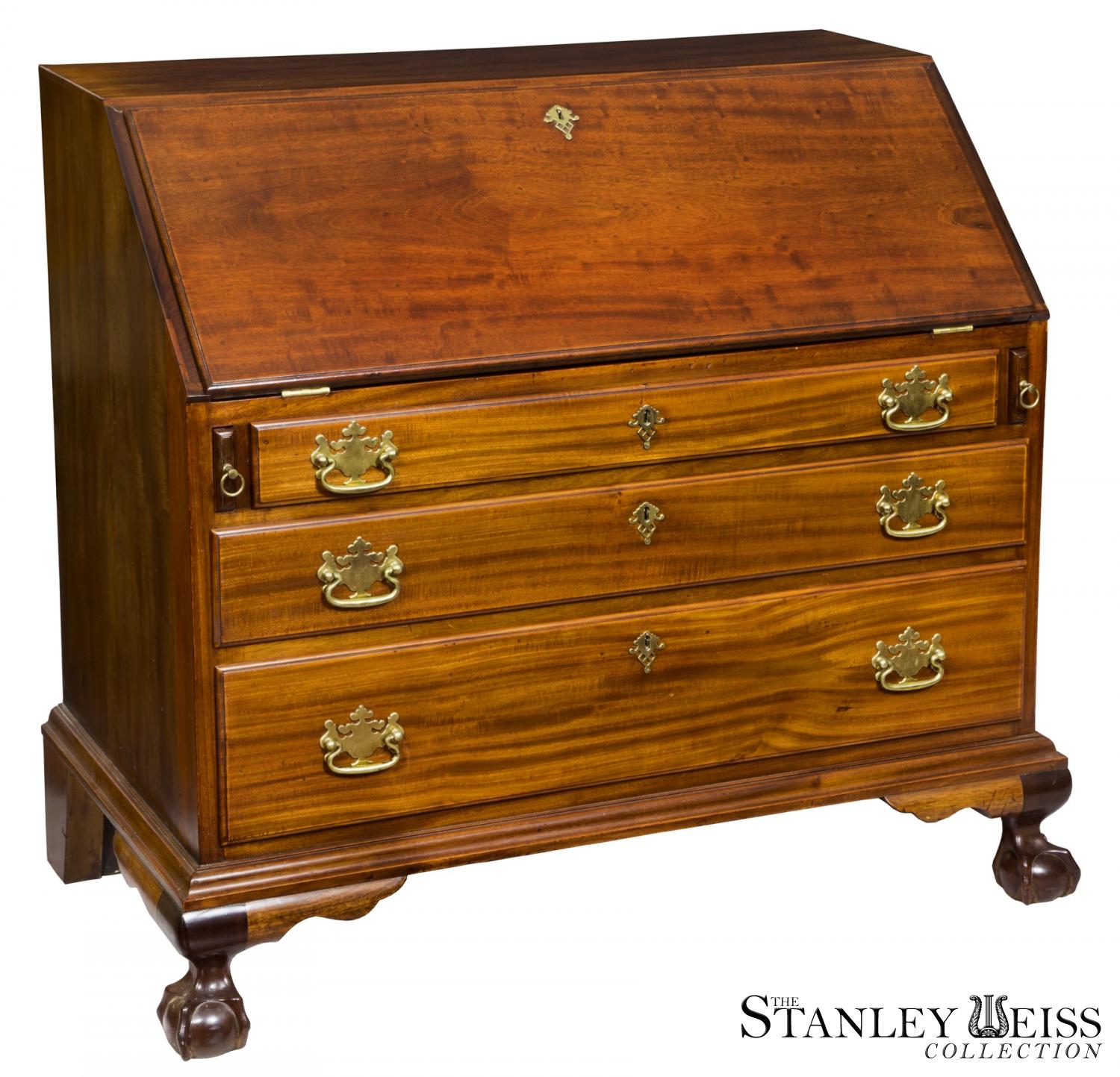 This desk is Hagen at his best, who was a successor of Phyfe having purchased his tools and designs and worked at the very end of the 19th century.  This desk is composed of beautiful figured mahogany and retains all of its original brasses.  The feet are fabulously carved and will stand up to any early example of the form.   The interior has stacked and blocked serpentine drawers flanking a shell evidencing a later Victorianized style, which is an interesting modification as he wasn’t a copyist, but showed his responsiveness to the designs of his time.  Constructionwise, the desk is extremely heavy; the sides being 1 3/8 inches thick, and the top “blind dove-tailed” into the sides, which is a lot more exacting than showing open dovetails, which are now more popular.  The dovetails are extremely fine and all construction elements evidence that Hagen certainly deserves his place as a great American cabinetmaker.

Of note is that this desk has a writing height of around 30in., which is very comfortable as many period examples are quite high and difficult to work at, the latter of which is known as a “nose-bleeder”.

It should be mentioned that Hagen made furniture in New York for people that had newly inherited Phyfe furniture from parents, grandparents, etc.  They often wanted additional pieces to along and Hagen was there with Phyfe tools and plans.  This desk is an important historical example because, not only is it in mint condition, but it is labeled in two areas and has written notation (by Hagen, we assume) as to who he made it for, date, et al.  Obviously, Hagen thought enough of himself and his work to both label and hand notate as follows: 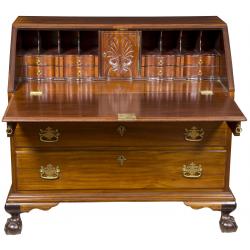 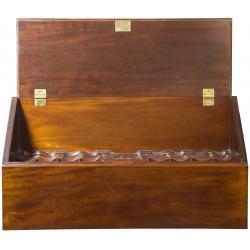 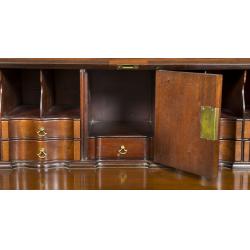 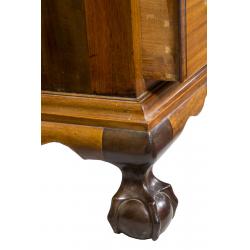 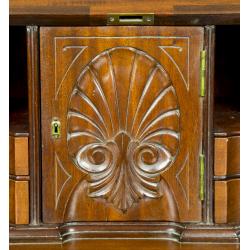 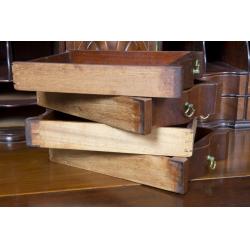 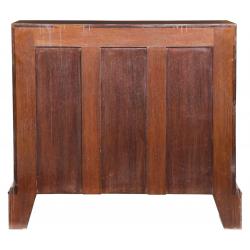 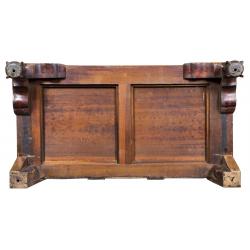 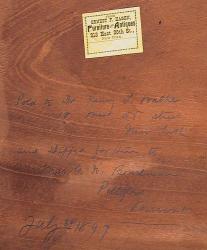 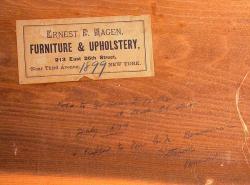